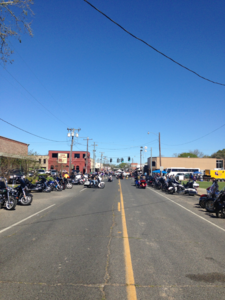 ​taking us on a back road route to Wye for a butt break. From there we proceeded on to Cecil's for lunch. Randall H served as sweep. Beautiful day for a ride! 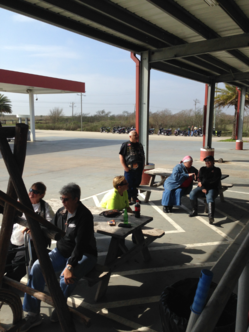 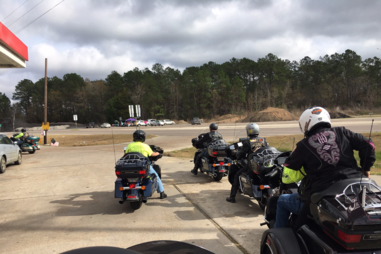 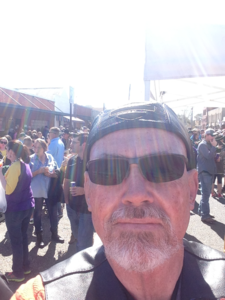 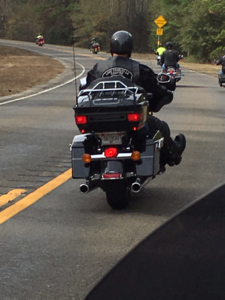 ​along the coast and lunch at the Neches Wheelhouse

​Restaurant. Misty and cloudy at first but turned out to be a great day for a ride! 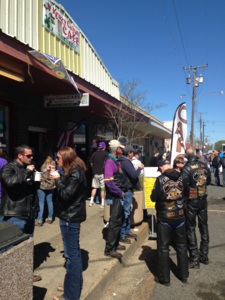 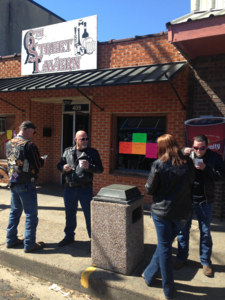 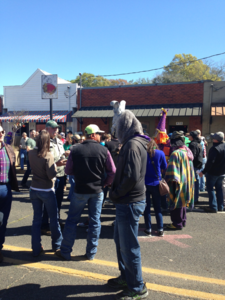 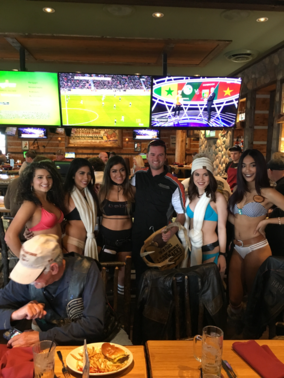 ​​July 22nd Ride was held out of HD of LC, destination was Double D Steak House in DeRidder.

​Number of bikes and Road Captain information not submitted to Webmaster at time of publishing, no pictures submitted. 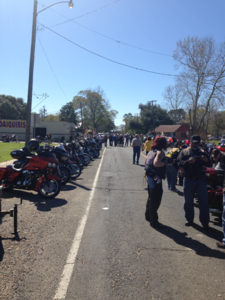 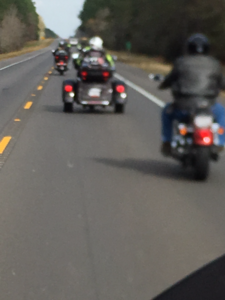 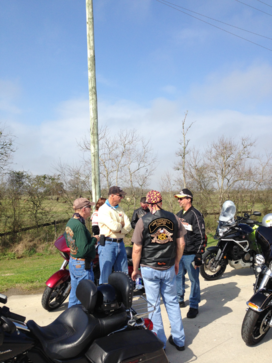 ​​12 Bikes, 14 riders showed for the August 12th Ride to Fin N Feather on the Toledo Bend Loop. Lead Road Captain Red L. brought us along a nice backroad route to Hemphill, Texas for lunch. Service was a bit slow which allowed us to enjoy more fellowship together! No rain, good road and food, great company! Brian S served as sweep.

March Ride to Cafe des Amis cancelled due to foul weather which raised safety concerns. On a positive note, the Cafe was abruptly shut down. We would have had to seek alternate dining on arrival. 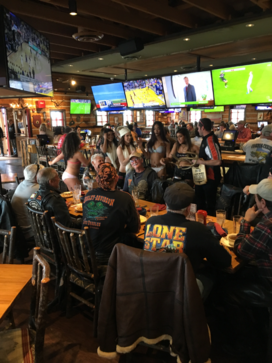 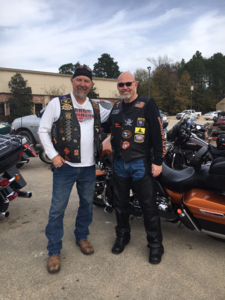 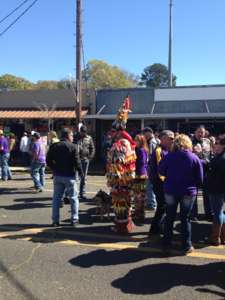 ​    January 14th Ride to Cedar Tree; 19 Bikes and 23 Riders showed. We rode in two groups and met up in Merryville to continue as one group. Good weather, great friends and food.

​April 15th Ride 7 Bikes and 9 Riders met @ HD of LC. Mickey's in Kaplan was planned destination, but rain in the area altered our plans. Johnny B led us on a nice back wood route to Cecil's in DeRidder instead. Roger S served as sweep.

​​13 Bikes, 18 Riders met @ HD of LC for the November Ride Deax. 9:00am departure in 50 degree temps for a ride to Tuffy's in Mauriceville for lunch. Return temps reached the upper 70's, great day for a ride. 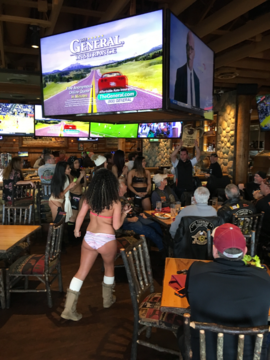 ​7 Bikes, 7 Riders showed up for the December Ride Trois @ HD of LC. Destination decided was "The Tree" in Woodville, Tx. With temps in the upper 40's we departed at 9:00am. Cody Reeves led us on a nice back road route, Barry Zerangue served as sweep. 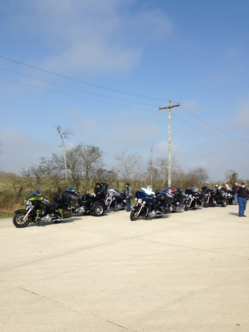 ​August 26th Ride Deax cancelled due to projected path of Hurricane Harvey. God Bless and prayers to our fellow riders, west of us in east Texas. 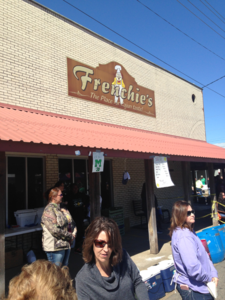 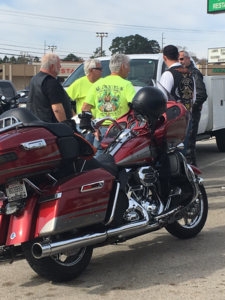 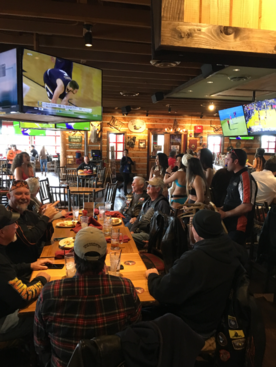 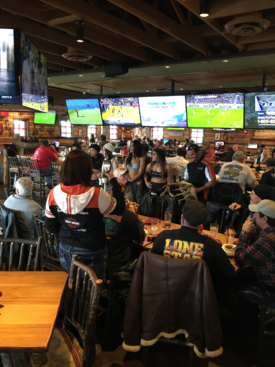 12 Bikes and 15 ​Riders showed for the May Ride Deax. We departed HD of LC @ 10:00am, destination, Cedar Tree Restaurant in Jasper, Texas. Jane A. served as lead road captain, Barry Z. served as sweep. 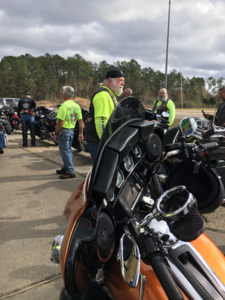 ​July 29th Ride Trois was scheduled out of HD of LC. 4 Bikes, 5 Riders showed. Ride cancelled due to high chance of rain.

​7 Bikes, 8 Riders met @ HD of LC for the October Ride, destination was Fuzzies in Glenmora. Lead Road Captain Red Lester briefed us before departure and led us on a shady backroad route to Glenmora for lunch. Johnny Beaugh and Roger Sutherland served as sweeps. Good ride, great food and fellowship! 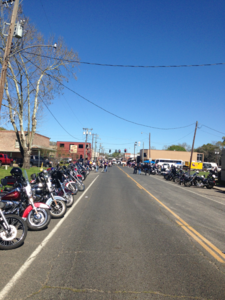 ​5 Bikes and Riders met @ HD of LC for December Ride to Shuck's in Abbeville. The previous day's snow had departure temp at 33 degrees.  By the time we got to Shuck's it was 50 degrees and beautiful sunshine!

​September 9th Ride​ was originally scheduled to ride the Bolivar peninsula, however, with continued recovery efforts with the aftermath of Harvey we diverted East to Café Josephine in Sunset, La. 13 Bikes and 15 riders met at HD of LC. John E served as Lead Road Captain taking us up the Evangeline Hwy with a rest stop in Iota. From there we took the back road route through the Iota, La. trailer park to Sunset, a few continued on to the Little Big Cup in Arnaudville. Roger S served as sweep. Receipt of pictures pending. 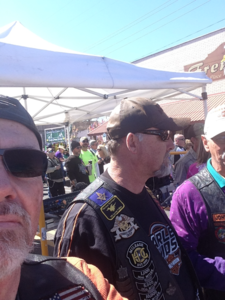 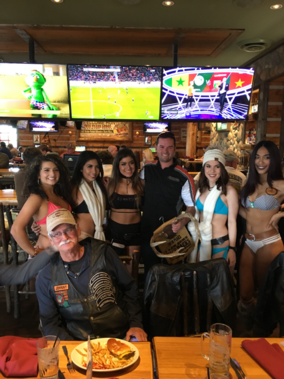 ​​9 Bikes and 12 Riders met @ HD of LC for the October Ride Deax. 9:00am departure was 46 degrees with clear skies, destination, Shuck's in Abbeville. Lead Road Captain Cody Reeves escorted us South on Hwy 14 to Hwy 82 for a ride along the coast and backroad route into Abbeville. Red Lester served as sweep. After lunch return route along Hwy 14 north to Hwy 99 and into Welsh Dairy Queen for ice cream. Highest temp was 59 degrees, great day for a ride! 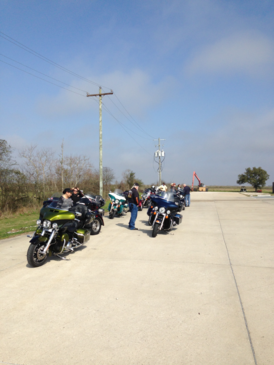 ​​14 Bikes and 16 Riders met @ HD of Lake Charles for the January Ride Deax. With weather in the mid 40's and over cast skies we voted to ride the coast road west into Beaumont to eat lunch at the Twin Peaks restuarant. A surprise birthday celebration went to Clark W, 31 years old. 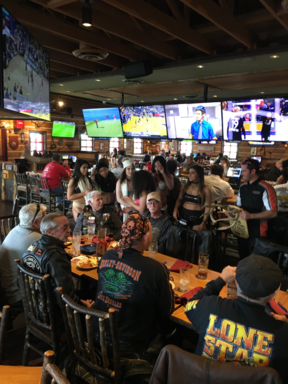 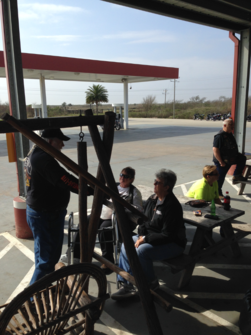 ​​12 Bikes and 14 Riders met @ HD of LC for the November Ride. Temps were in the low 50's rising to the 60's for the day. Destination Magnolia Cafe', St. Francisville, La.. Roger Sutherland was Lead Captain, Red Lester served as sweep.

​10 Bikes and 16 Riders met at HD of Lake Charles for the June Ride. Destination was "Hot Tails" Restaurant in New Roads Louisiana. Clear skies turned to a few rain drops at the Eunice rest stop, great weather the rest of the way. Scott G served as Lead Road Captain, Roger S served as sweep. No pictures submitted at this time.

​July Ride to Avery Island was a tough one. 9 Bikes, 10 Riders departed HD of LC @ 9:00am, destination Tobasco Plant at Avery Island. 2 miles into the ride Jerry G.'s Tri-Glide blew spark plug out of the rear cylinder. Sweep was able to screw plug in tight enough to limp back to HD of LC. Vernon B. dropped out of the pack at Chloe, Mitch O & Gabe B dropped out of the pack after a short run down I-10 to Jennings. The remaining 5 Bikes continued to Abbeville and ate at Shuck's, cutting the ride short about 25 miles due to heat issue. We still had a great time! Johnny B served as Lead Road Captain, Roger S served as Sweep.

​June 24th Ride Deax rained out due to remnants of Tropical Storm "Cindy".

​The final ride for 2017 was held Sat. 12/30/2017. 3 Bikes, 3 Riders met @ LC of HD with temps in the upper 40's. Destination decided was Nott's Corner in Lake Arthur. Upon arrival it was closed due to the holidays, we backed tracked to Cajun Tales in Welsh for lunch. Only two instances of light drizzle for a short time, saw a lot of Snow Geese and Speckle Belly. Red Lester served as Lead Road Captain, Roger Sutherland served as Sweep, Johnny Beaugh WAS the pack. HAPPY NEW YEAR!!!

​April 22nd Ride Deax left HD of LC @9:00am. 7 bikes, 9 riders headed to Shuck's in Abbeville. At the Lake Arthur stop destination was adjusted to Boudin Festival in Scott, La. Scott G served as Lead, Roger S served as sweep. We had lunch @ Fezzos in Scott, La. No pictures submitted. 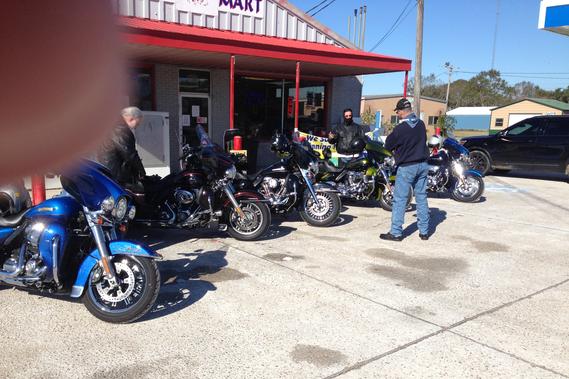 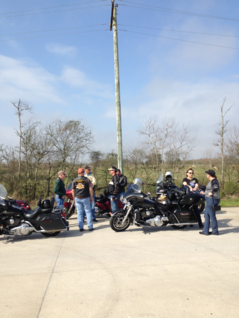 April 29th Ride Trios-No Bikes showed due to high wind advisory and threats of rain. Destination was the HOG @1686 Crawfish Boil which went on as scheduled. Good food, great company!